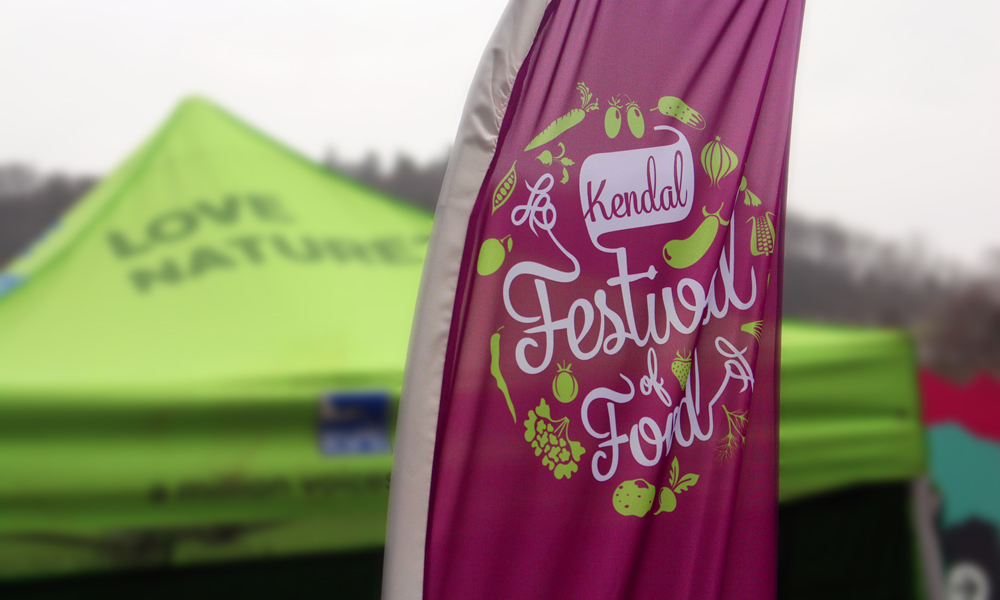 I am extremely lucky to live in Kendal, not only is it on the doorstep to one of the most beautiful landscapes in the world but it is a hub of local independent producers from across Cumbria. In recent years, thanks to organisations such as Kendal BID, Kendal has gained the reputation of becoming a festival town with events like Mintfest, Kendal Mountain Festival and the Comic Arts Festival all well organised and exciting. Kendal Festival of Food is no different and it’s the one I look forward to the most.

This year, instead of roaming around all the stalls as I did last year I decided that I should embrace all the talks and demonstrations available. So armed with my festival wristbands I ventured into the main streets of Kendal which were buzzing with foodies all clambering over the delectable wares on offer. 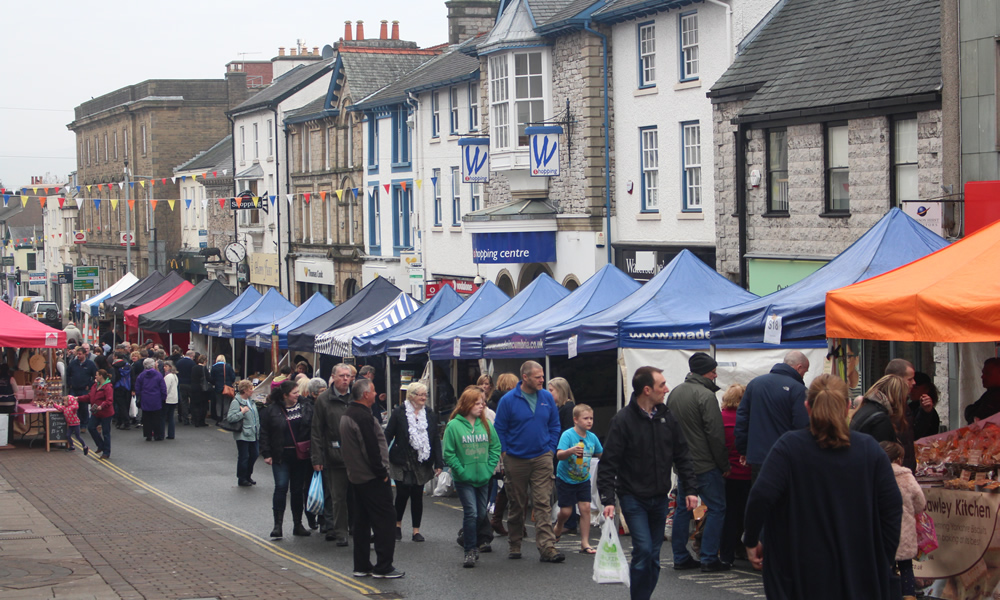 The first day started with a quick look around the stalls and a chat with some of the producers followed by a tasty smoked Polish sausage for breakfast/brunch. Soon it was time for the first talk of the weekend, which was about milk, specifically unpasturised “raw” milk. It was held by Low Sizergh Barn, a lovely farm on the outskirts of Kendal that has diversified over the years with a farm shop, café and more recently (in the last 2 weeks) a milk vending machine. During the talk farm owners Richard and Alison Park guided us through the milking process from grass to bottle including a taste of their raw milk, which was so good I promptly bought a litre and drank it within the day.

The second tasting/talk and following on the dairy theme regarded northern cheese and was hosted by Andy Swinscoe from Courtyard Dairy. This was a really fun and enthusiastic talk by Andy, his passion for traditionally made cheese was obvious to see and he brought along 3 cheeses for us to try. Joining him at the beginning of the talk were Tom and Clare Noblet from Whin Yeats Dairy, local farmhouse cheese makers relatively early on in their journey into cheese production, being guided and advised by Andy in the hope that one day he will be selling their cheese. Hearing from both the maker and seller of a product was a fascinating approach and made for a more interesting and rounded talk. 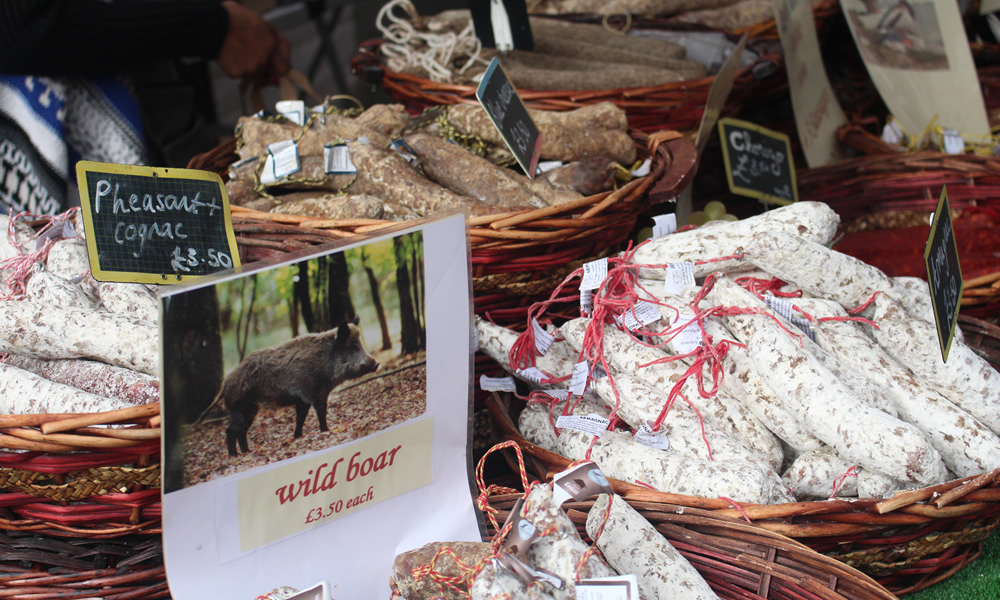 After another roam round the stalls with a few dinner purchases including some cheese from the Courtyard Dairy, sausages from the passion du fromage stall, Staff of Life elderflower sourdough, Ginger Bakers‘ rosemary shortbread and just the 3 Brown and Blond brownies it was time to make a move for home. Yes it was a hell of a good dinner.

That night I was lucky enough to be invited to the festival press event at the Slate bar where we were all treated to tastings of the Lakes Distillery‘s vodka, gin and whisky hosted by drinks expert Ewan Lacey. There was also some fantastic canapés made by students from Kendal College. Speeches from the organisers and celebrity chefs Paul Rankin and Nick Nairn soon followed. For me not being remotely close to be a “VIP” attending this event I was quite honoured and it was really nice to see and speak to people that work behind the scenes of the festival. 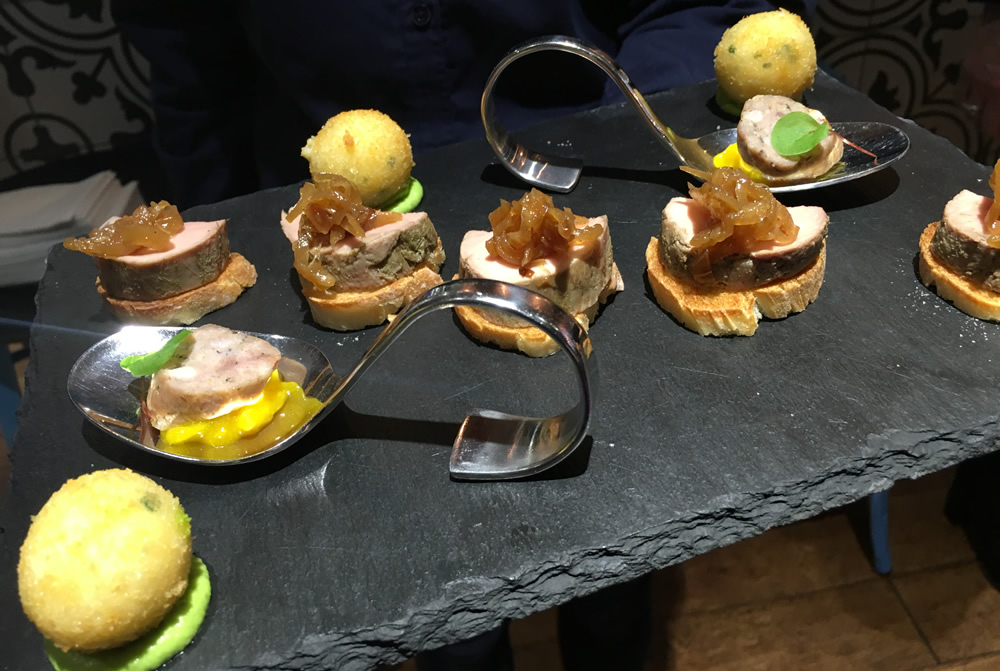 The following day, slightly heady lets say from my foray into the ‘high life’ I was up early enough to see most of the producers start to set up. It was a good chance to have a chat with a few of them and get a feel of how the previous day had gone before they got too busy. All in all everyone seemed to have had a very successful day and with the weather set to improve they were hoping for a better one today.

After a quick coffee and a chat at the Carvetti coffee bar (see my review of their gift pack here) I wandered towards the edible garden tent for my first talk of the day beginners guide to veg growing. Although a very short talk by the festival’s resident gardener it gave the 15 or so people chance to ask him questions about their own gardens and probably for them turned out to be the most informative talk of the day.

After gardener’s question time had finished there was just enough time for a quick lunch. From various different hot food stalls including, Mexican, Scandinavian, South African, classic burgers and not so classic such as camel burger, I opted for Jamaican jerk pork, rice and peas. I was not disappointed, hot and succulent meat with the spiced rice was fantastic. 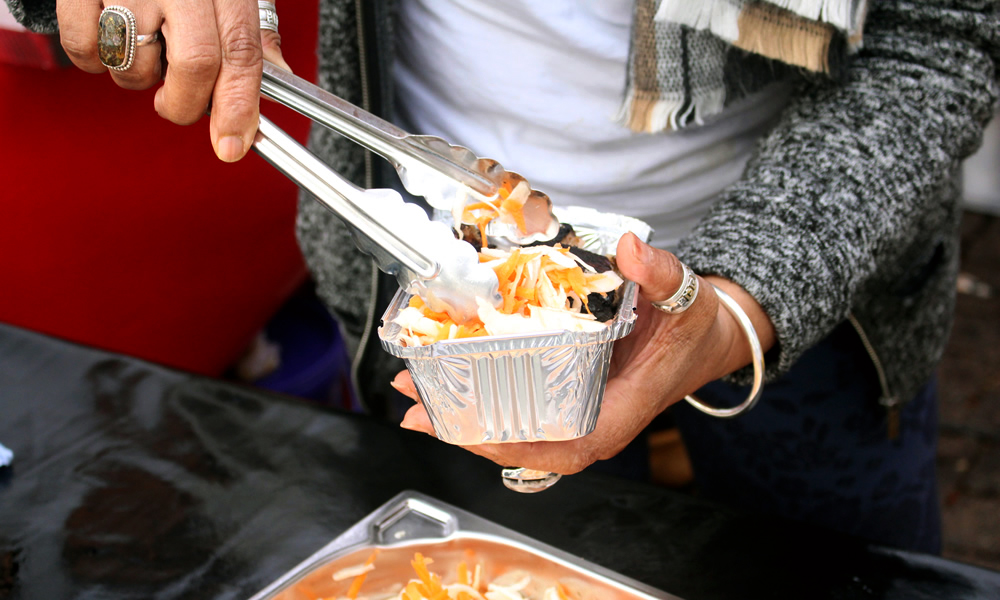 The next talk “Food Photography” was the one I had marked down as a must and probably the main reason why I decided to attend the festival talks this year. Jenny from Aspire Photography took us through the basics of food photography including lighting, props and even advice on how to get the best food shots using your phone. For me as an amateur food photographer seeing Jenny’s work really inspired me to improve my own photography and maybe invest in one of their courses in the future.

The final demo of the weekend was “Rolls: Fine to Fine Dining” with Simon Thomas. I know Simon through the Staff of Life bakery and didn’t realise what a showman he was. Not only was his Demo entertaining and funny but there were lots of tips to improving the humble bread roll. 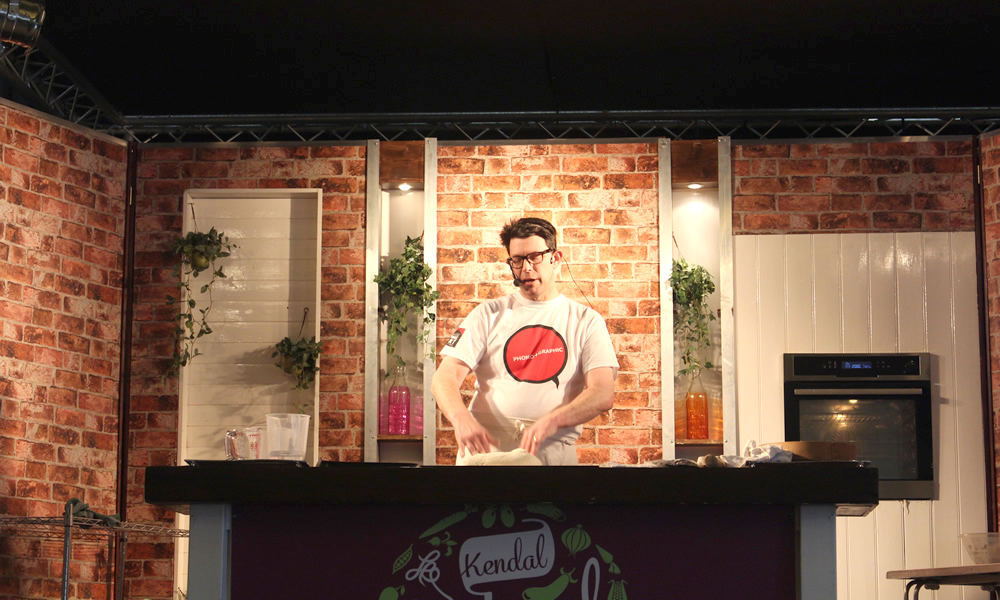 Despite this being my longest post, (and I do appreciate if you are still with me) there is so much that I’ve had to leave out; a number a great stalls, foodie street entertainment, the beer festival and the kid centric family festival village to name a few. Hopefully you’ve got a good idea of what the Kendal Festival of Food is all about and I do hope I see you all again next year.