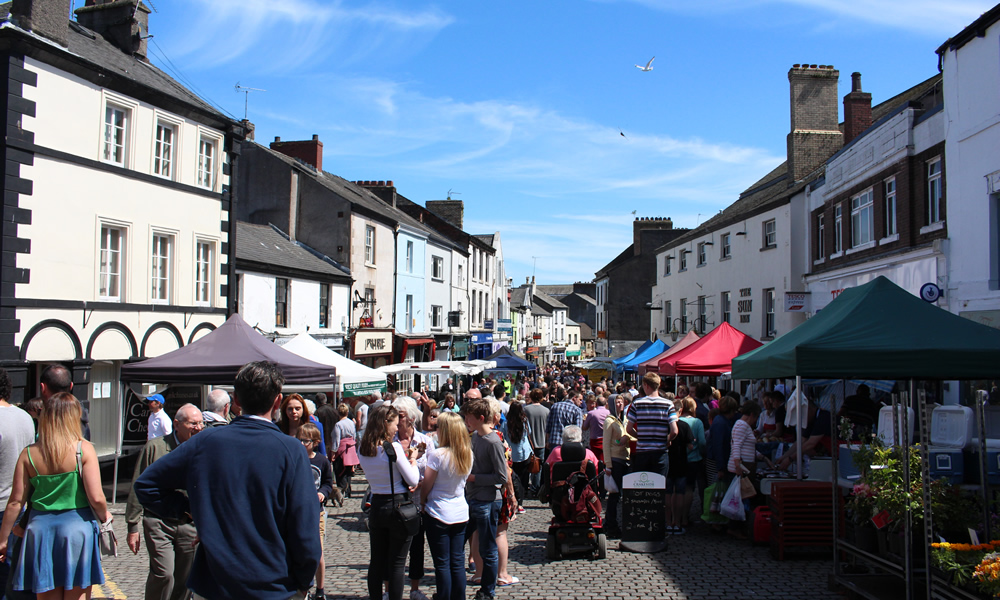 A bright sunny Saturday saw in the second annual Ulverston food festival and it didn’t disappoint. Organised by Taste Cumbria the streets of Ulverston were awash with stalls and the hustle and bustle of festival goers.

Armed with my pint of First Emperor from Eden Brewery (a cracking beer by the way) I meandered around the 3 streets of stalls, passing by various stalls including the demo marquee where Carvetii Coffee was in the middle of their coffee demonstration. Then I came across the Cumbria Life stall and picked up the new edition which has a great 200 places to eat around Cumbria pull out, a must if you live in the area.

For lunch I had ribs from Que Fresco a really tasty smoked food stall from Clitheroe and bought some of their excellent gluten free merguez sausages. I also picked up a bottle of Kin Toffee Vodka for my Toffee White Russians.

After an hour of perusing it was time for a sit down and looking at the ale trail guide put on by the festival I decided that I’d go to The Mill an inviting pub serving an array of local beers including Swan Blonde from Bowness Bay Brewing. I was also pleased to see my favourite local pie producers, The Cumbrian Pie Company were right outside.

I’ve never been to Ulverston before but I’m already making plans to go back whether or not there is a food festival on. There were lots of independent shops and cafes that you don’t see often, even in Cumbria. All in all it was a great day out and will definitely be back next year.