The latest in the series of The Factory Tap trips away was to the market town of Ulverston and a visit to Ulverston Brewery. Arriving at the Factory Tap for a quick lining of the stomach of chicken thighs in stout and a half of Brewshine Brewery’s latest fabulous concoction; a delicious “breakfast” ale made with breakfast cereal. A great tasting and imaginative brew which hopefully they will do again very soon.

43 of us then piled onto the coach and we were off to Ulverston, entertained along the way by landlord and a suitable replacement for Brendan on coach trip, Les Brown. Upon arriving in Ulverston it was a very short walk from the bus station to Ulverston Brewery where we were welcomed in by owners Anita and Paul and shown around their 12 barrel plant. We were treated to a pint of Flying Elephant and Laughing Gravy in the Laughing gravy bar while Anita explained a little more about the brewery and its history.

After the tour some of us headed to the Devonshire Arms. Luckily the weather was extremely pleasant so we sat outside with a special brew for the Tour de Yorksire from Settle Brewery, aptly named the Yorkshire Flyer. Feeling a bit peckish as I often am after a couple of pints we headed to the Mill for some food. I had two fantastic starters of Gravlax and a ham hock terrine washed down with a pint of Bowness Bay Swan Blonde. 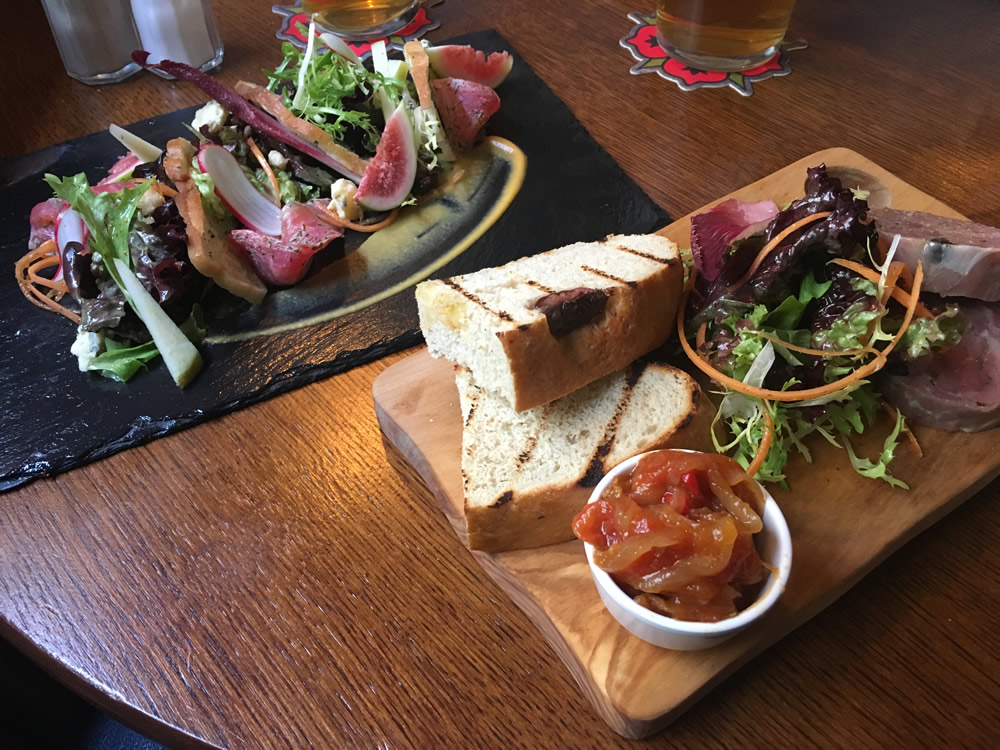 It was then time to head up the hill (don’t worry it’s worth it) to one of my favourite pubs in Ulverston The Old Friends. A homely little pub with a great atmosphere and the owners who I’ve met before in my beer delivering days are fantastic hosts. I tried Stringer’s Turbine Porter and South Lakes’ Rakau which was on particularly good form.

The final stop in Ulverston was to the Sun Inn, which since I was last there has been totally refurbished and given a modern lick of paint. Obviously now quite popular with the younger generation, but still with a good selection of real ales. After a pint in there it was soon time to pile back onto the coach with all 43 of us making it back some with various pizzas, kebabs and chips in hand.

On the way back we had a quick half an hour pit stop at the Derby Arms where over the past 2 years it has been transformed into a fantastic ale lovers destination with a great selection of casks and craft keg from both local and further afield.

Arriving back at the Tap for a final nightcap (because obviously we hadn’t had enough by then) I had a pint of Mowdy Pale from Tractor Shed Brewing and rounding the night off with a Tinderbox IPA from Fell Brewery.

Having only been to Ulverston in the day before it was really good to see such a buzzing nightlife with some extremely good pubs of all shapes and sizes. Not only were the pubs welcoming they all had an extremely good selection of ales and I think a lot of us will be back very soon.